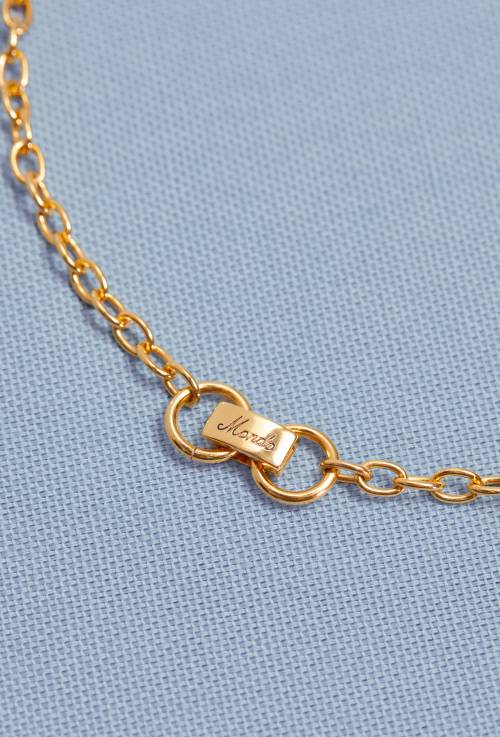 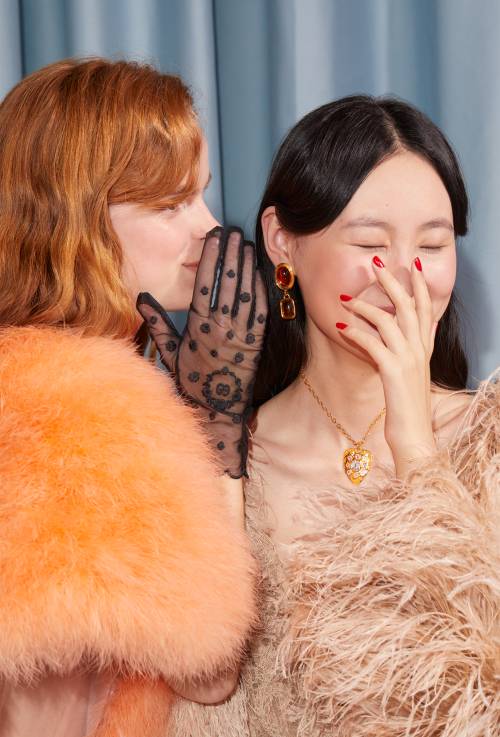 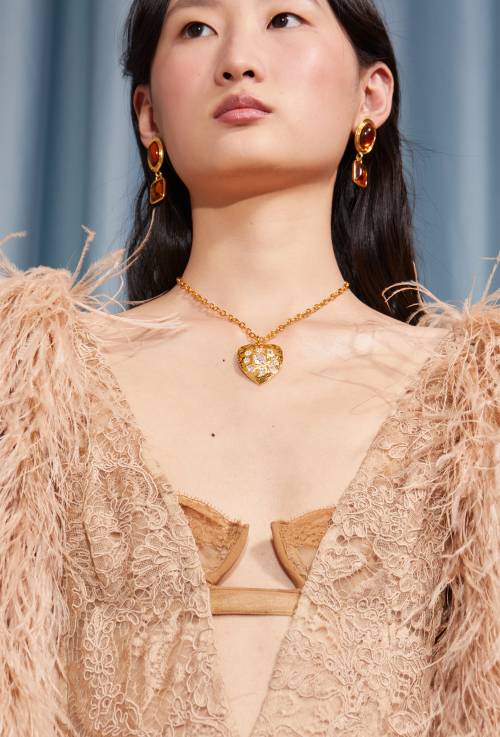 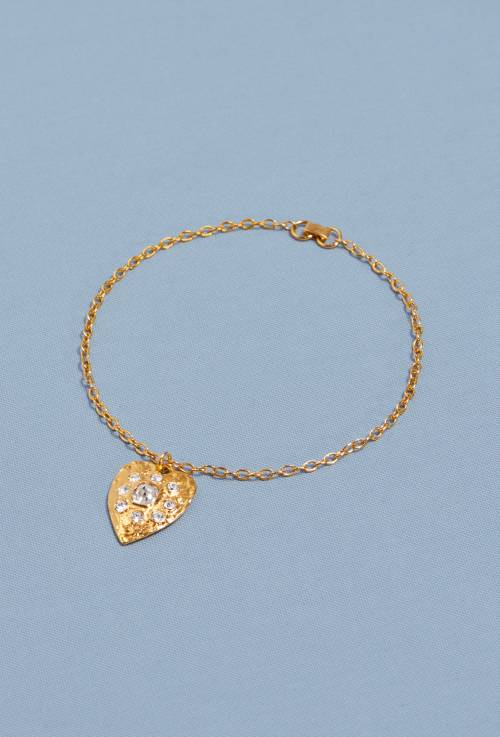 Gold plated heart necklace with glass and crystal stones on a cable chain.