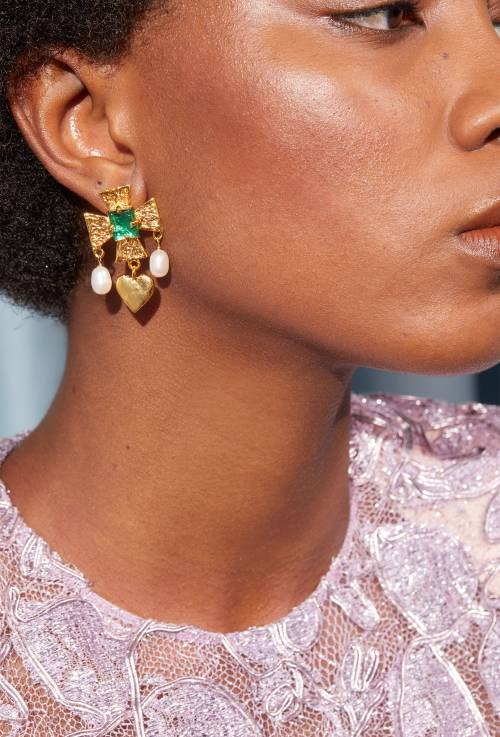 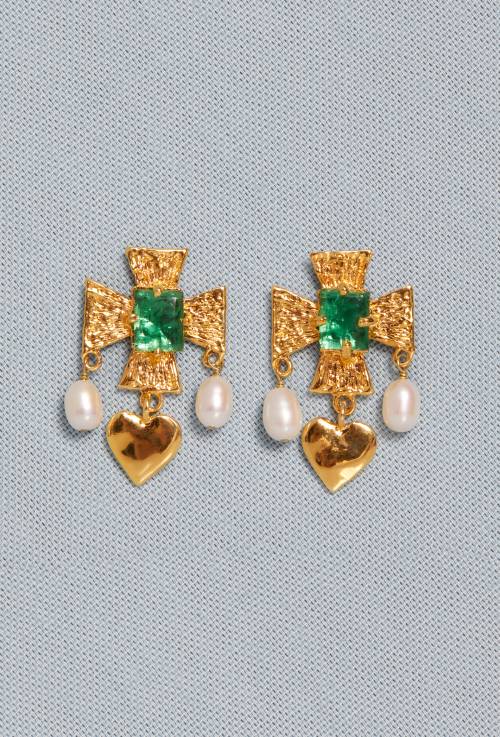 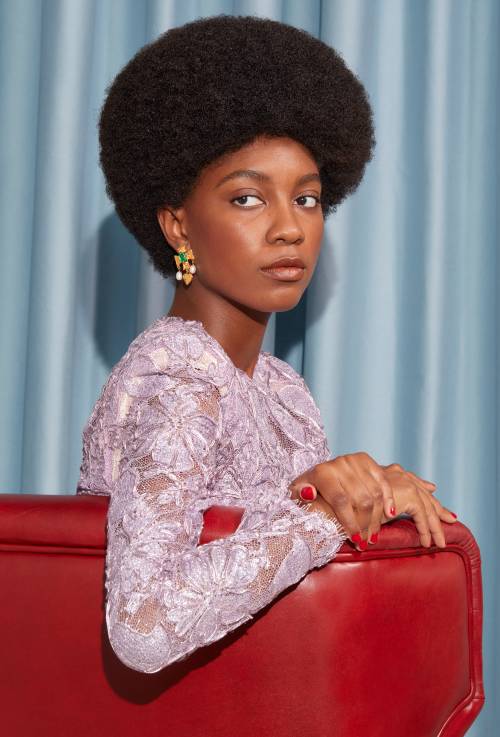 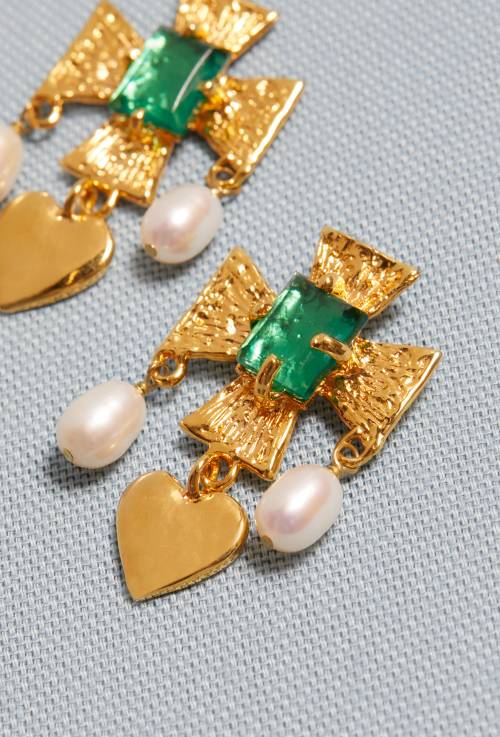 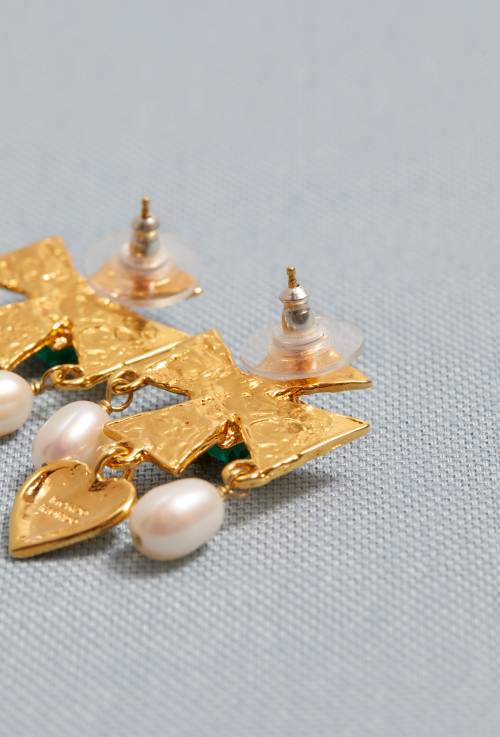 A set of cross earrings finished with red glass stones and cultured pearl drops, a heart hangs at the bottom.