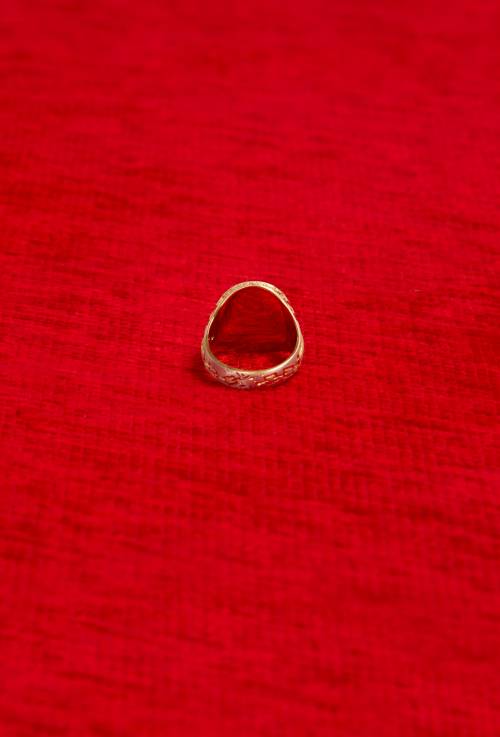 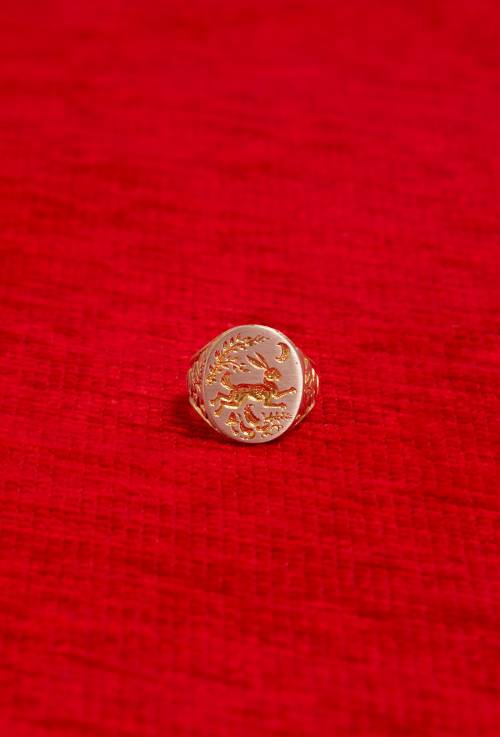 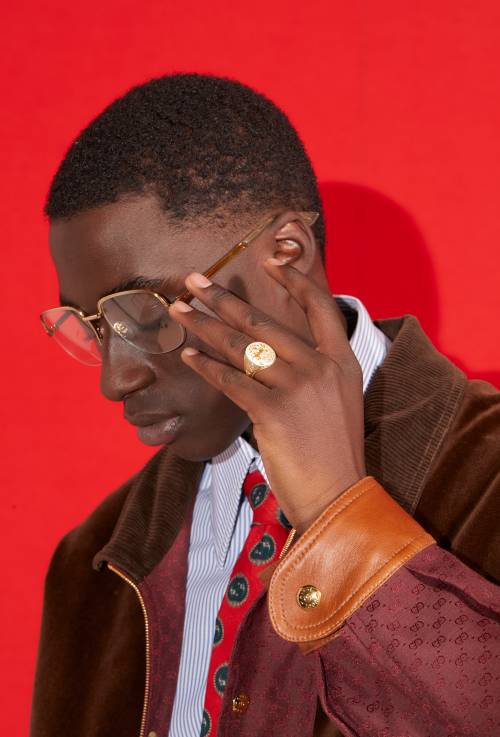 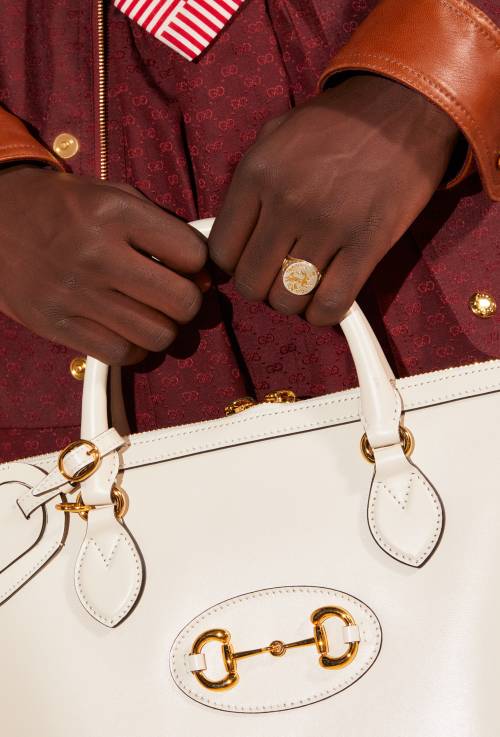 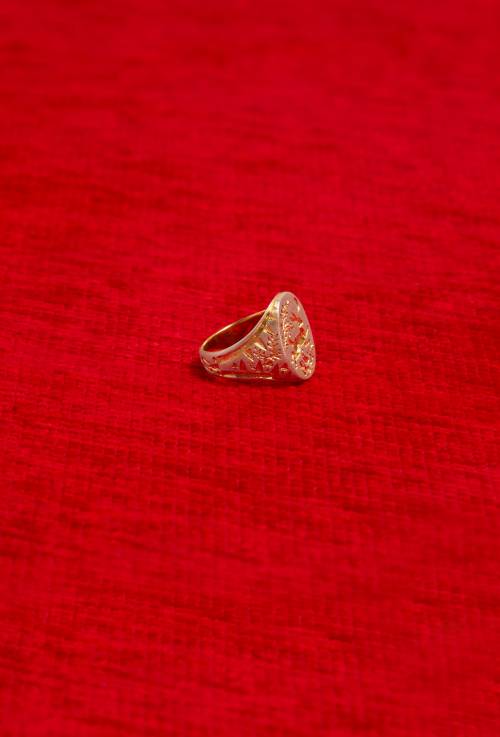 Hand engraved silver signet ring depicting a running hare under the moon. This item will be packaged and sent in a traditional Japanese wooden box, together with a printed drawing from Castro Smith.

Castro started training as a painter and printmaker. His illustrative and painterly style comes through in the design of his rings. His artwork is inspired by history, myths and biology—having always been obsessed with creatures and their creations.

He thought he was heading for a career in computer game design, but when he saw an advert for an engraving apprenticeship in Hatton Garden, the historic jewelry district in London, he applied, thinking it would be a good way for him to continue his passion for illustration.

He began his training with a traditional apprenticeship with the Goldsmiths' Company and studied with one of the largest engraving firms RH Wilkins. He started at the bottom, and it was there that he learned to keep the tools sharp, clean the workshop, polish, file and engrave. Just the way they held the tools took him three months to learn. He now makes his tools as it’s such a small industry you either need to have them handed down to you, or make them yourself.

Silver
18ct yellow gold plating
Face size 18mm x 15mm
Each ring is handmade, minor differences in the appearance of each piece should be expected.