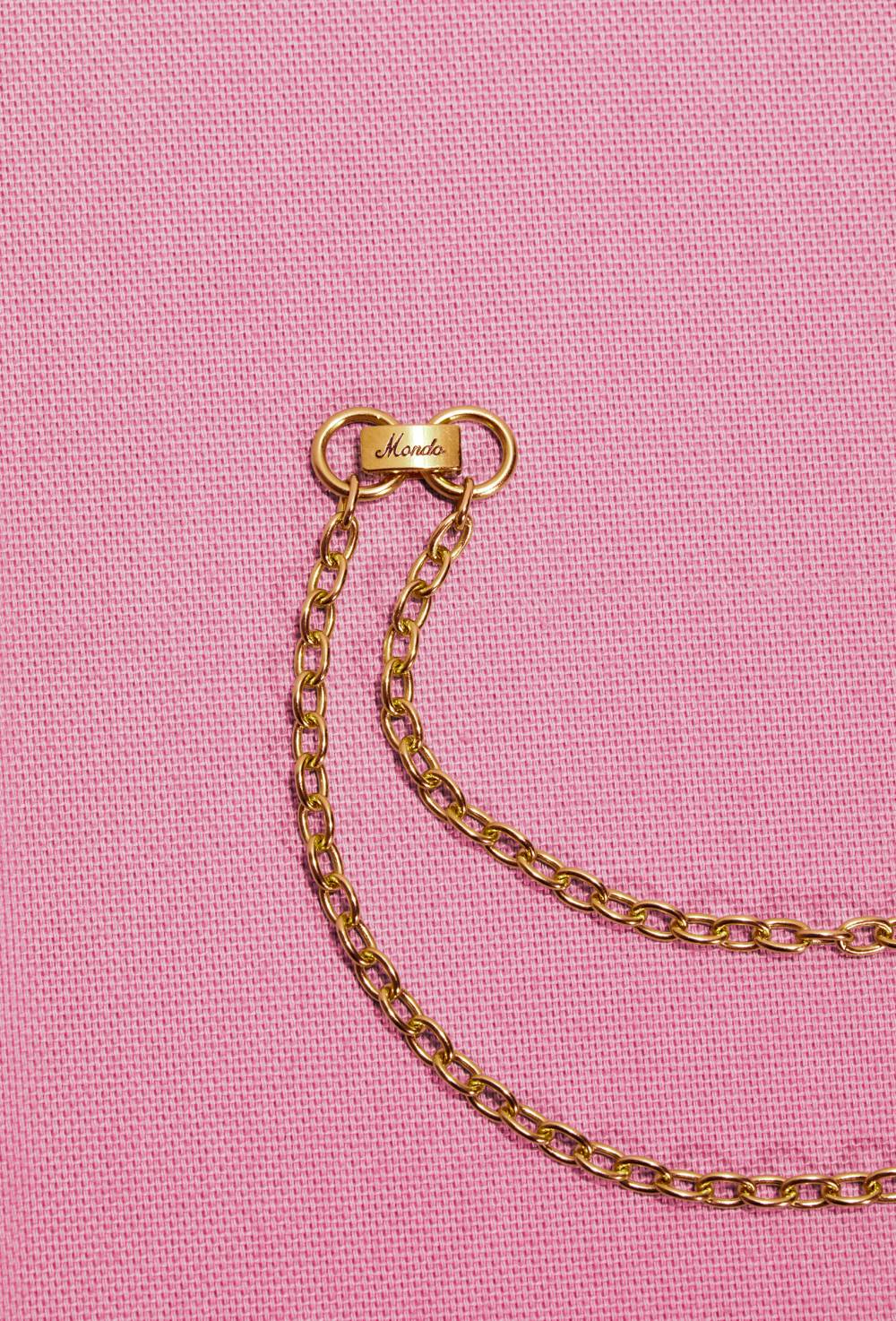 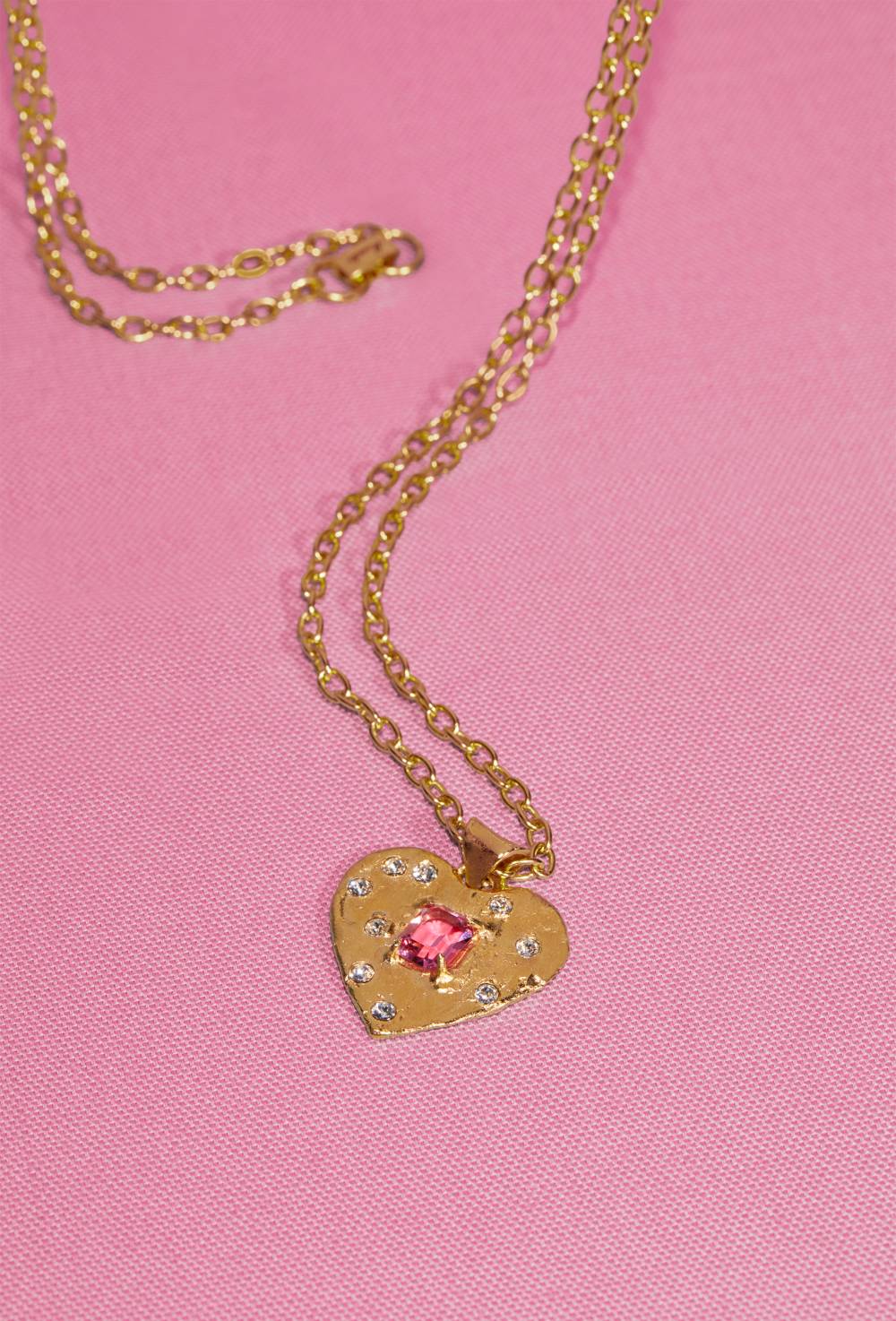 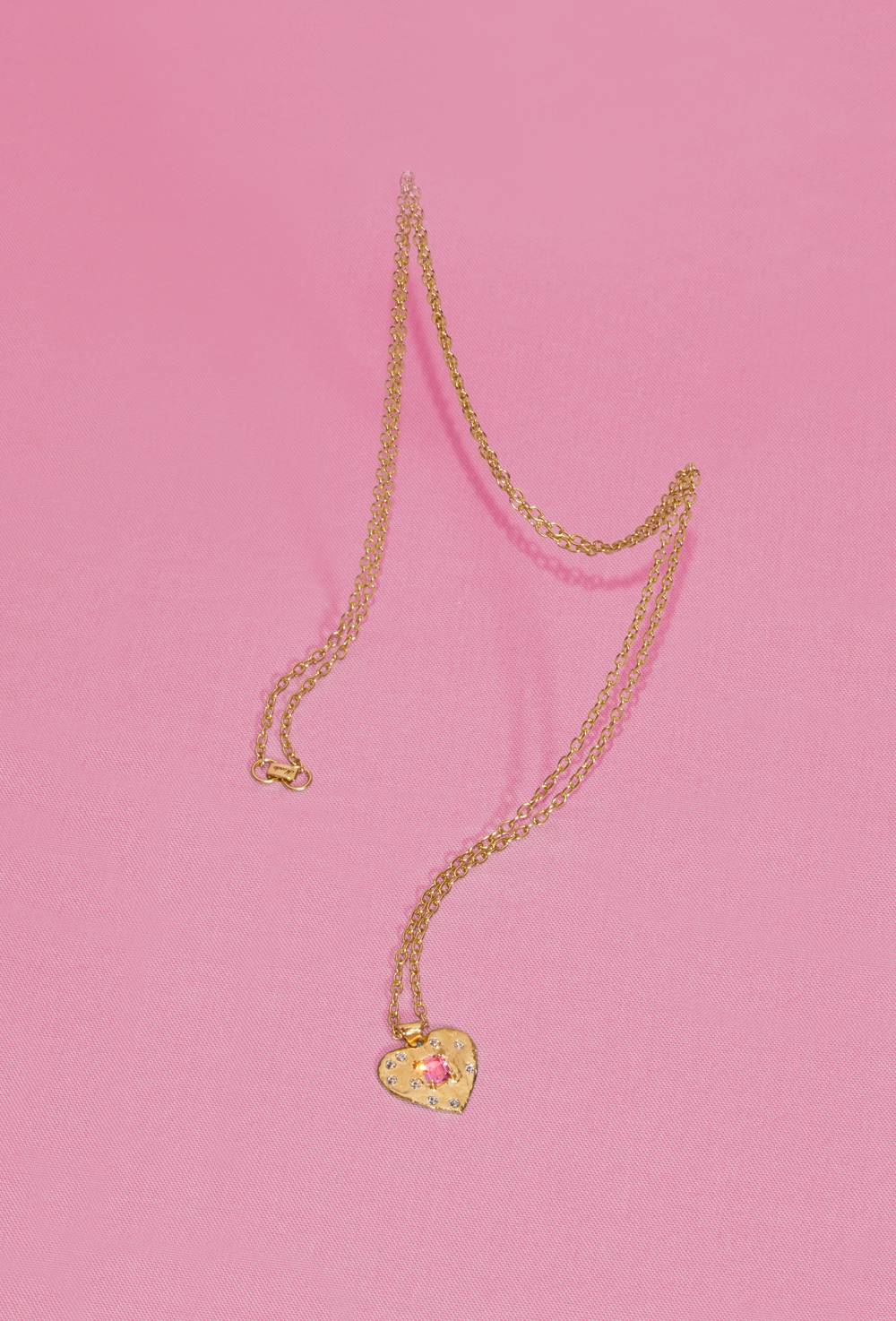 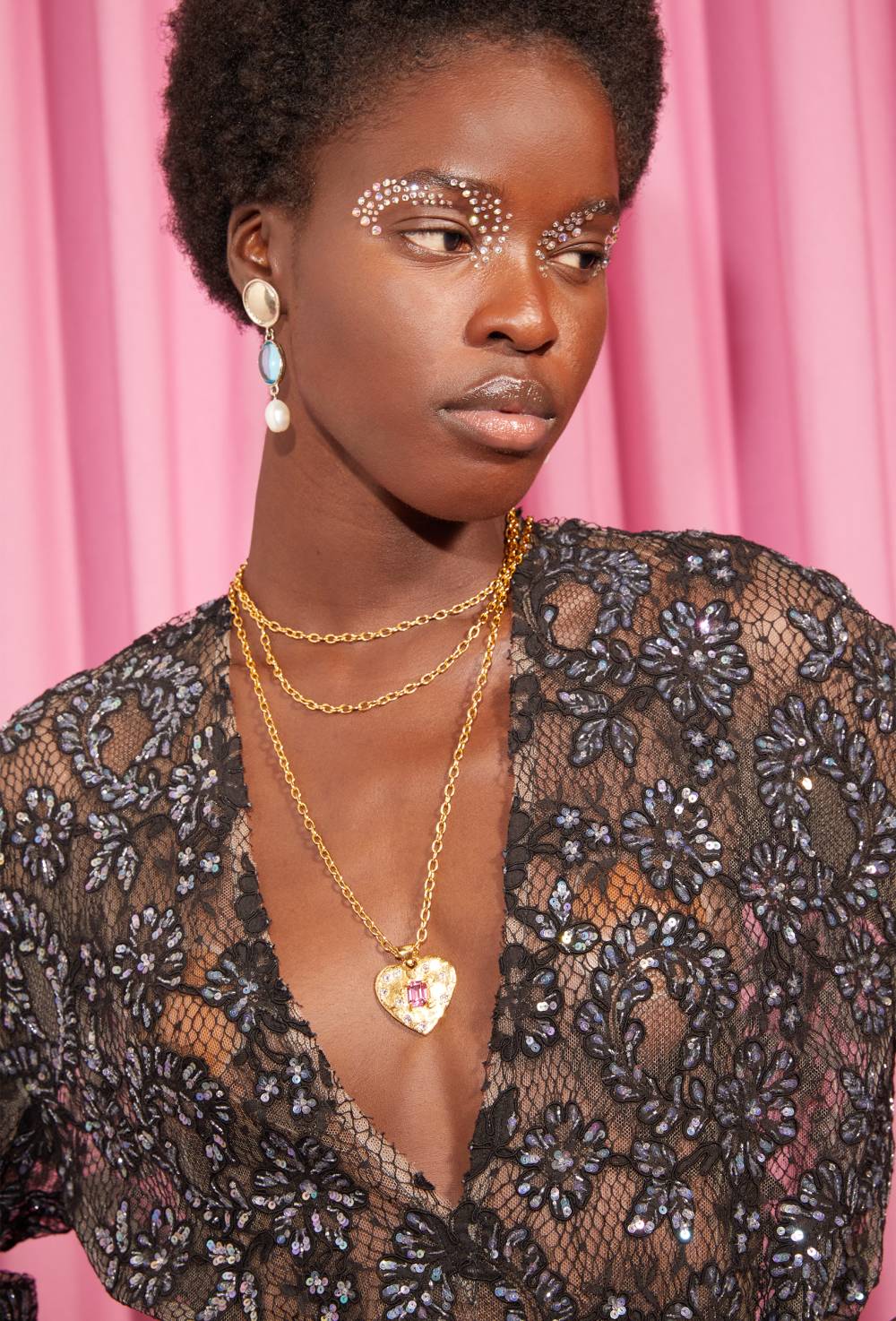 The Super Heart necklace is crafted in 18k gold plated metal and is decorated with glass stones and a heart shaped rose colored crystal.