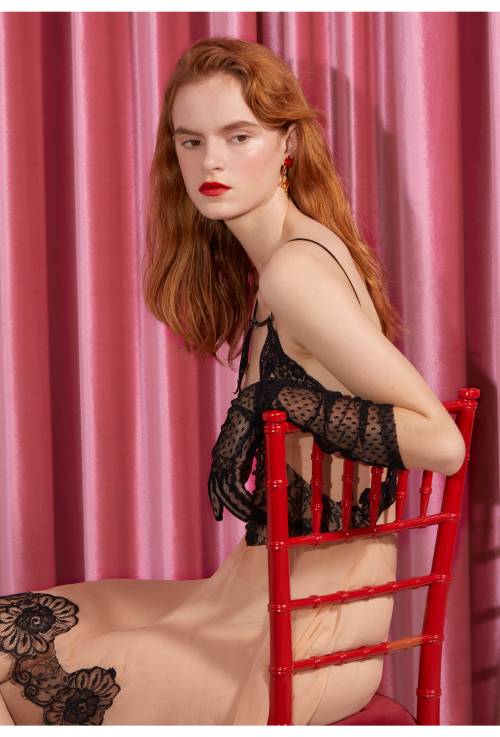 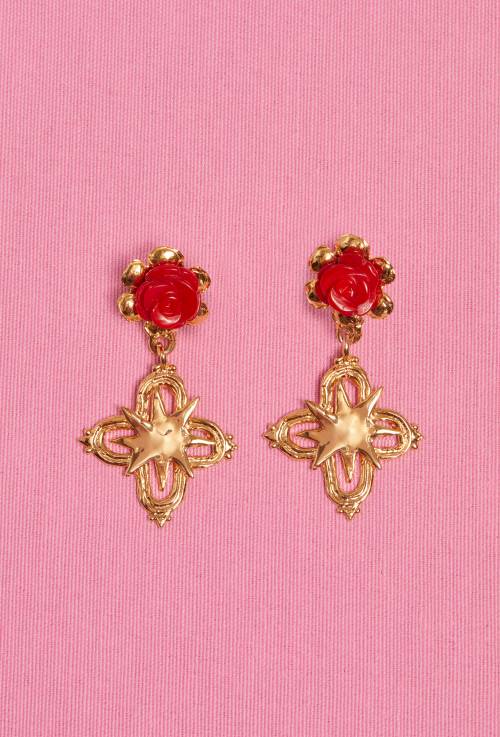 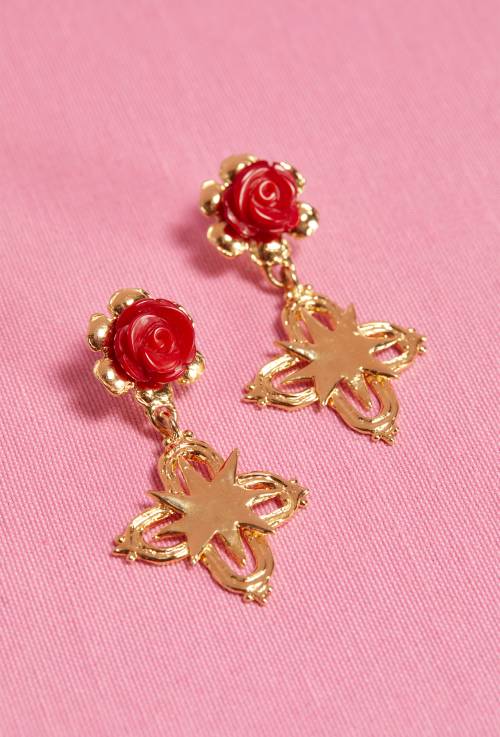 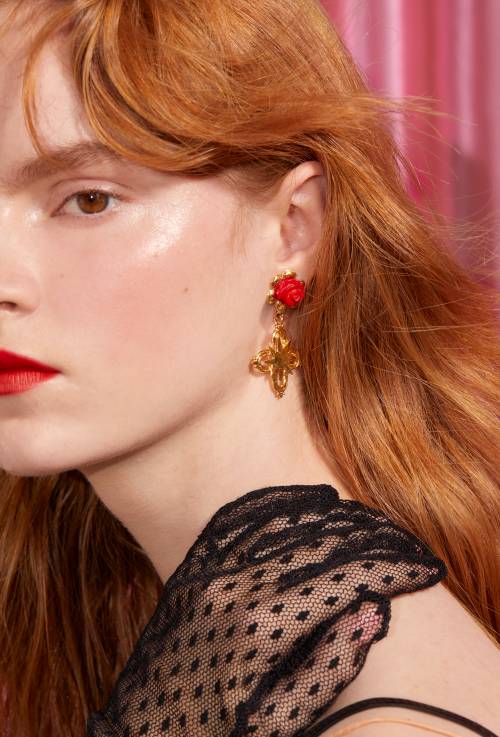 A set of cross earrings with hand carved coral roses.