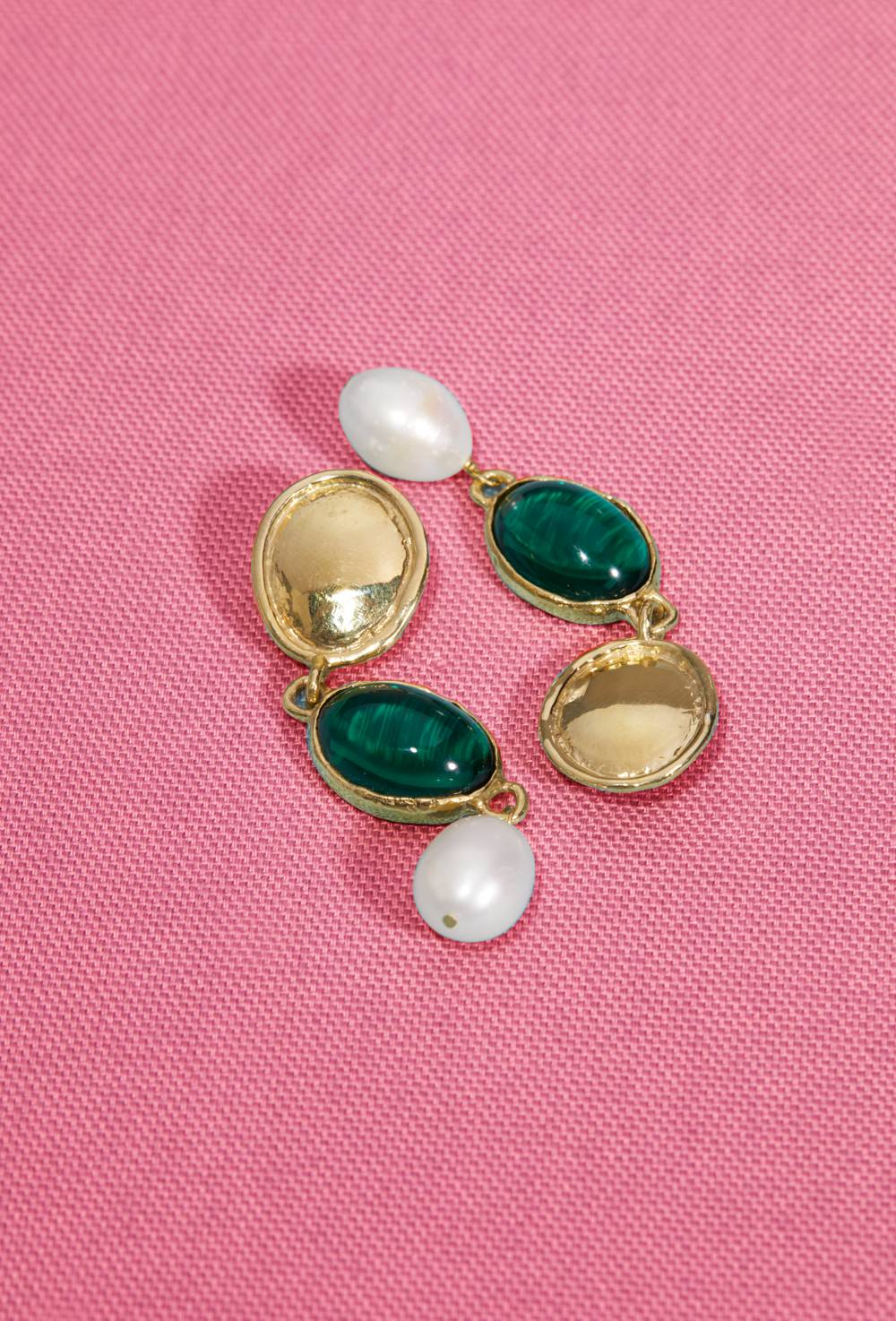 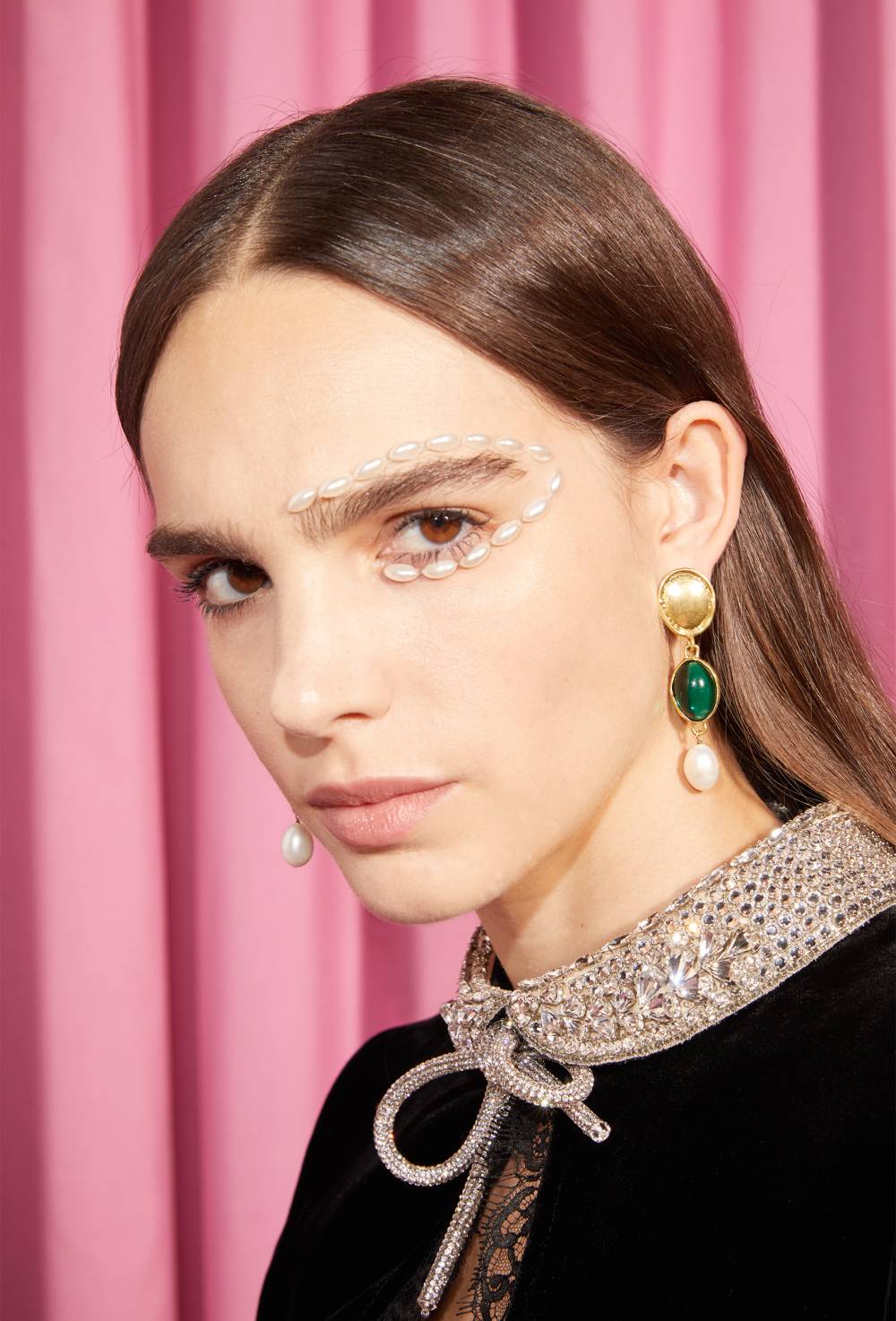 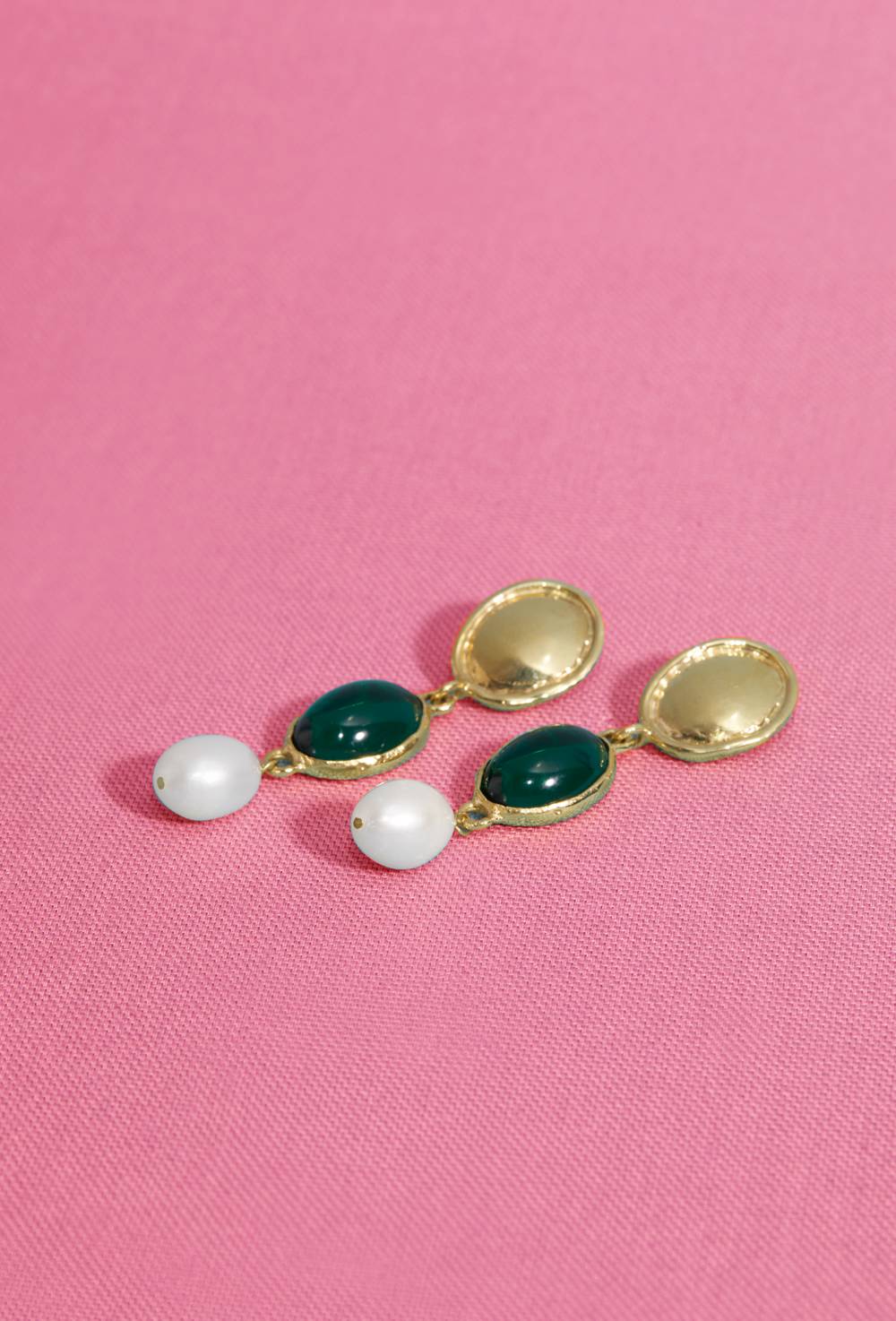 The Sirena earrings are crafted from brass which hold a set of cultured freshwater pearls bookmarking emerald colored glass stones.