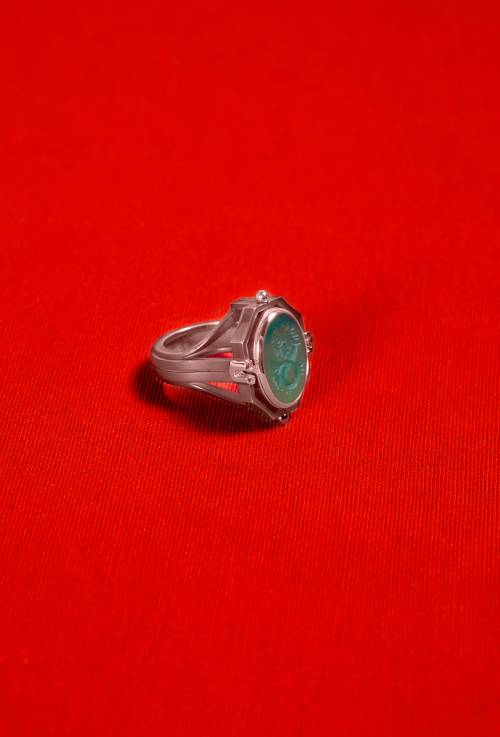 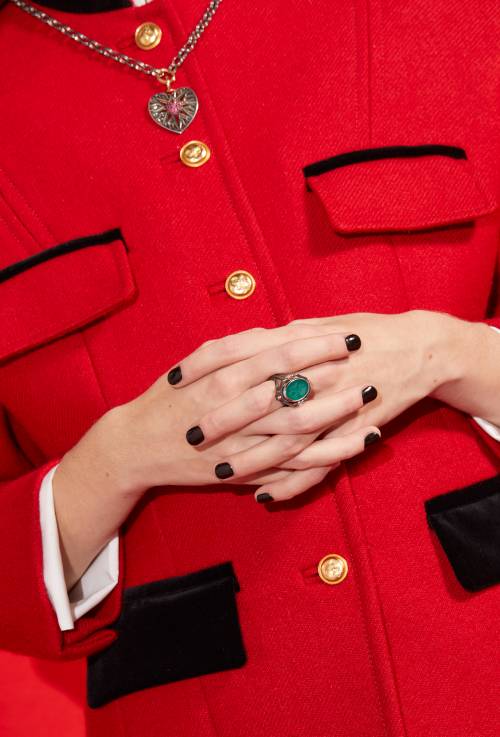 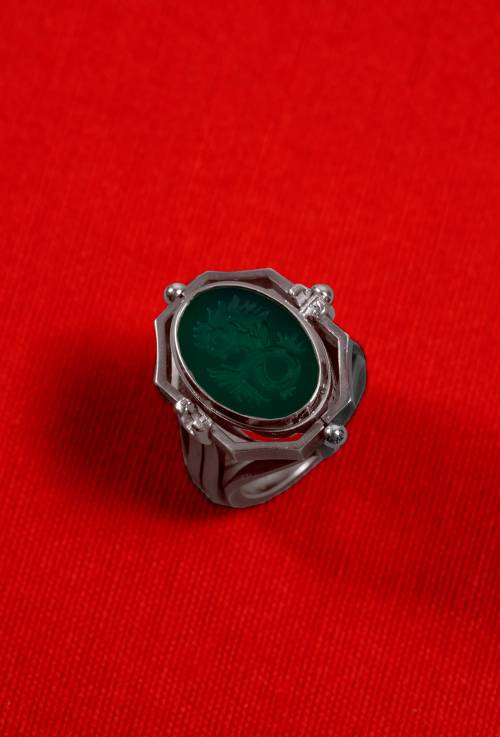 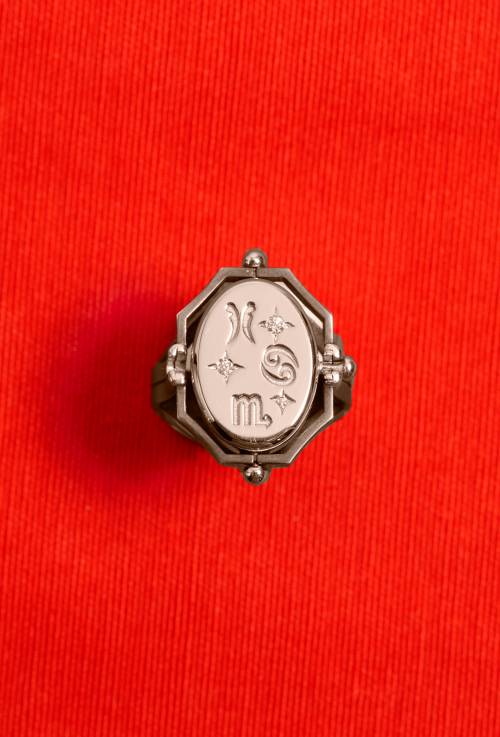 The Water signet ring in white gold and distressed silver. The swivel medallion on one side depicts the signs of the zodiac, Cancer, Scorpio and Pisces, engraved, and on the other side engraved on a green Agate is fish. Part of La Dame du Lac line: "Rising up from still waters running deep, the Lady of the Lake shares with womankind her enchanting assets, with her Shield cuff and ring, Dagger pendant, Stylus earrings and Band rings clink together; armor-like jewelry with a secret, soft side : A Velvet Hand in an Iron Glove."