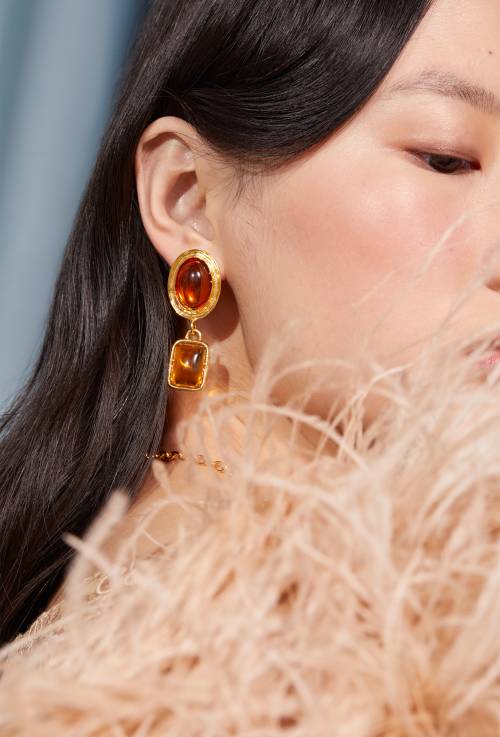 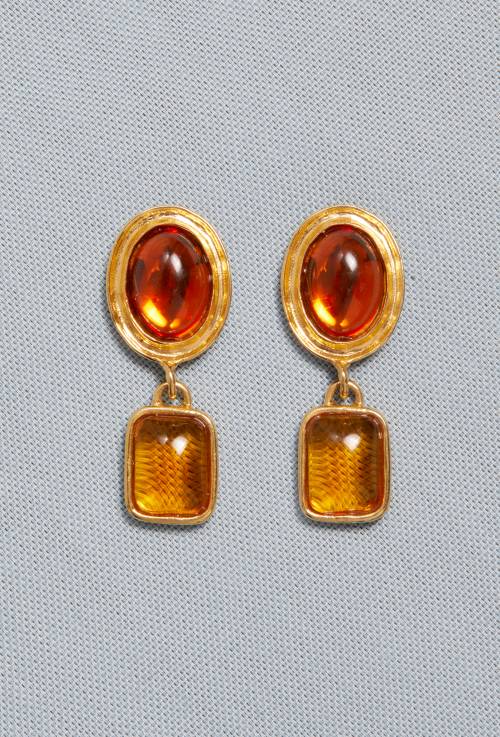 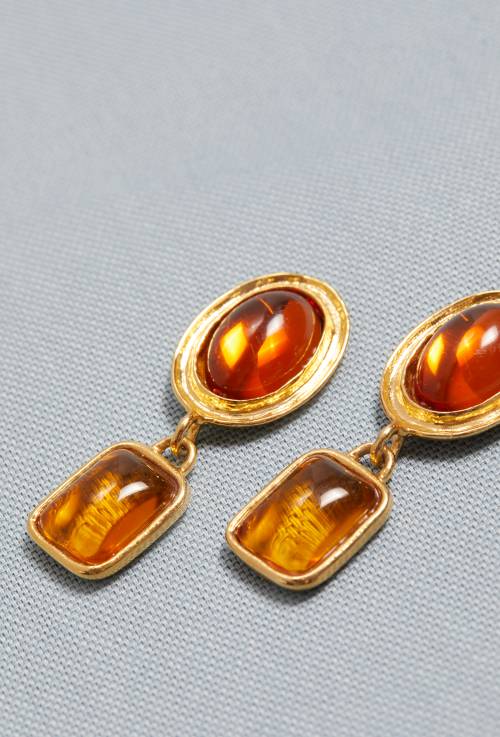 A pair of gold plated earrings with colorful acrylic and amber glass cabochons.